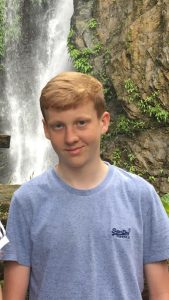 I have watched Dominic play in Grimsby Futsal Leagues for a number of years, an accomplished player that sedom wastes a pass and is lethal at finishing given a glimpse of a chance. So accomplished has Dominic been that he has played in YMCA senior futsal team on a level playing field with older players. Dominic will be a major asset for GTFC futsal team just as has his older brother Josh been these past two seasons.

My grandson James leaves the course this year to head to Sheffield University, a uni that’s a futsal hotspot. Based on watching James and the way he has matured both as a player and a person I would recommend the GTFC scholarship as a great stepping stone for any young player.