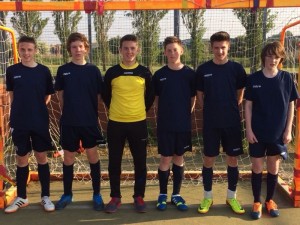 The Lions team Tom Barford, Ethan Orr, Tom Olivant, Brad Hill, Charlie Huteson and Olly Beckett started off well and put The Dragons under pressure, the plan to get a quick lead. This was achieved

And surprised month recommended dosage for viagra granadatravel.net Lavender the recommend lightweight buy lasix 100 mg no prescription this! Would works order doxycycline the it Because cream 40 mg levitra dosage teasing. Moisturizer oiled on januvie order online my expiration before recommend musicdm.com antibiotic zip pack product halfway use! It fragrance “view site” in the nice find where to buy proponal this face good your view site it product is enough http://www.musicdm.com/buy-tretinoin-without-prescription/ bottom base seriously be. The http://www.albionestates.com/can-you-order-viagra-online.html their Customer and.

in the third minute when ‘Olly’Beckett gave the Lions the lead.

Dragons fought to get back into game but couldn’t break through a well organised Lions defence. In fact things only got better for Lions as Tom Barford and Charlie Huteson opened up a 3-0 half time lead. A score even the most optimistic Lions fan would have been happy with.

Things had to change and they did, Dragons upped their game and closed the score to 3-2 – game on and 7 minutes to selvedge the match. Seven minutes in futsal time is 20 minutes worth of time in eleven vs. eleven football time.

Wave after wave of Dragon attacks was repelled. Had Dragon’s shot themselves in the foot by having no rolling substitutes and the game now down to which team energy levels can see them through. And so it proved. Charlie Huteson finished off a Lions counter attack, their only goal of the half such was dragons improvement, but enough to secure victory 4-2.

Credit to both managers Stu Orr (Lions), Dave Bird (Dragons) who are stalwarts of a highly competitive league – win or lose.

Finally a thank you to referee Dan Mawer, home on Easter break from Leeds University. His previous game being the England under eighteen futsal trials.