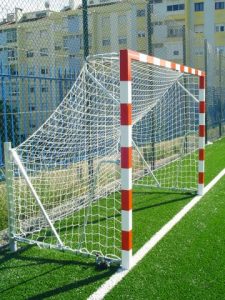 Elite are a danger to every team in the league, something I have not said about a new team for a number of years. Plenty have started and then crumbled when faced with the challenge futsal presents.

On paper it could be argued Corinthians had stronger starting five but that meant for nothing as Elite was a team with every player knowing the next move before pass had been played.

For Elite ‘Buster’ dominated, scoring half his teams goals, whilst ‘Laity’ in goal was, as quoted to me, ‘unreal’.

Show Me2 a challenge they are up for it.

GSC had a great team of players, what they lacked was the tactical unity that comes from playing same way year after year.

AS GSC found to their cost Me2 make opposition earn just a shot at their goal, defending in their own half, each do their job knowing a capable keeper is on hand to make the critical save when called on. This strong deep defence is Me2’s catalyst to counter attack, which they do with great expertise.

Diamonds another newcomer taking 6 point out of opening 9 points.

Years of experience in lower age groups is paying off for a Diamonds team that has that has a combination of youth and experience on its side.

It should be pointed out that on this occasion Bradley had a scratch side out. Not that team would offer that as an excuse.

Three excellent matches played at a level that showed to me how much Grimsby futsal has improved year on year.