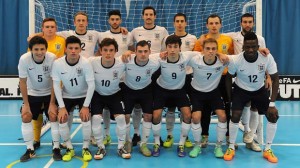 England will be frustrated that they were not able to compound their good performance from the previous night, and indeed if they had played at the same level as in the first game, which ended in a 3-3 draw, the Lions would surely have won this second match.

The first half was a rather torrid affair, with both teams struggling to get into the contest. Sweden had altered their game plan from the previous evening, and decided to defend deeply and wait for England to concede possession so that they could strike on the counter-attack.

And this ploy was effective for a large portion of the first half. England were slow to get into their usual fluent passing style, but once they found their rhythm the Lions probably shaded the first period, but 0-0 at half time was a fair reflection of the game.

The second half burst into life with two goals in the first minute after half-time. The outstanding Kristian Legiec opened the scoring with a thunderbolt that flew past James Dalton into the top-corner.

But Sweden’s lead was short-lived, as 30 seconds later Ian Parkes bundled the ball into the back of the net to equalise.