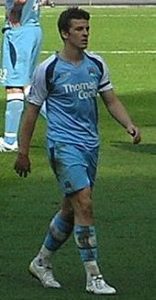 Despite Brazil’s humiliating defeats in their last couple of games at the World Cup, I believe that young players in the UK can learn a lot from futsal, the five-a-side football format made famous by all of the Brazilian teams that didn’t play under Big Phil. I started thinking about all of this when I was out in Brazil for the World Cup, and then when I was doing my UEFA coaching badges in Ireland a few weeks back, I began thinking a little more about how we can increase technical ability coaching and integrate the lessons that futsal teaches with the more athletic and tactical training we offer in England. Now I’m away with the lads in Germany, I’ve had a chance to pull the laptop out. So here goes…

I don’t pretend to have all the answers, so if you lot have any thoughts on the issue, or if you have experience of futsal, or technical training in other countries it’d be great to hear from you.

The rules of futsal in brief

The game lasts 20 minutes and is contested by two teams of five – one keeper and four outfield players. The ball is smaller and slightly heavier than a football. You can have unlimited substitutions, keepers have only four seconds to get rid of the ball and there are no offsides. You can see the full rules here.

Futsal is derived from the Portuguese phrase futebol de salao, which translates roughly as ‘hall football’. It started around 80 years ago in Uruguay and gradually spread through South America and across into Spain and Portugal. Many of the world’s greatest players (as well as Neymar and David Luiz!) started out playing futsal – Pele, Zico, Socrates, Messi, and Christiano Ronaldo to name just a few.

These days most countries have fully-fledged futsal associations, and FIFA runs a Futsal World Cup every four years. There have been seven so far, with Spain winning two and Brazil winning five, including the last tournament in Bangkok in 2012. Obviously, those two teams top the futsal world rankings, but there are a few surprises in there too: Iran are 7th, Azerbaijan are 10th and England are 73rd – just three places above Chinese Taipei and 29 below Kyrgystan. That’s worth a bit of a laugh, and it’s a good pub fact, but it highlights something a little deeper for me – that England lacks gifted technical players with the ability to improvise, create and thrive in small spaces with the ball at their feet.

I read a really interesting article the other day on the BBC website by Ben Smith. It’s definitely worth a read, and shows just how many top international players have come through the futsal system, and how Brazilian academies integrate futsal into their training programs.

It’s widely regarded that the rules of the game, the smaller pitch, the need to play the ball along the floor and the tight marking all help players to become more technically adept in tight situations. In the article, Ronaldo, Messi and Robinho all talk about the difference futsal made to their games, but for me the telling quote came from Pele: “futsal was important in helping to develop my ball control, quick thinking, passing… also for dribbling, balance, concentration… futsal was very, very important, no doubt”. In short, futsal gave arguably the best player ever all the skills he was known for.

As well as the South American nations, Spain, Portugal, Italy and Germany have been getting involved in futsal for some years now, and that’s helped them to lead the development of a more technical style of European football over the last decade or so. The opportunity for futsal to lead innovation in style and technical ability can be seen in Ben’s description of the role of futsal in Brazil’s academies…

“[Futsal] is played in all Brazilian football academies, and is part of what distinguishes coaching in the country, where the biggest fear is over-coaching its next generation of boys and girls, not under-coaching them. Coaches are discouraged from giving players formal positions until they are 14. Talent is allowed to breathe, to find its natural path in games such as futsal. From the age of seven to 12, young players tackle futsal three days a week.”

My experience of English football academies when I was coming through 15 to 20 years ago couldn’t be more different; the focus was on physical strength and playing in a set role within a team, and it certainly didn’t look to bring out the individualistic, creative and impromptu elements of football that futsal seems to do. For me the way in which Brazilian academies integrate futsal into the development of young players encourages a greater degree of expression on the ball, a greater ability to improvise (how many times did we see Jack Wilshere run into dead ends and out of ideas?), to play confidently with the ball at their feet, and, perhaps most importantly, it allows players to trust in their own ability and to understand how their skills can benefit the team, rather than being taught how to reign in individuality and expression in favour of adhering to tactical discipline and a pre-defined team ethic. Obviously, the harnessing of individuals’ technical abilities into a team ethic (as personified by the Germans this year, and the Spanish for the last decade) becomes increasingly important as players get older, but the fact that in Brazilian academies kids aren’t allocated strict positions until later in their development process also allow them to learn the game as an act of passion and commitment, of desire and joy – they learn to play football from the heart rather than learning how to play left back from an FA coaching manual.

I’m really interested to hear what you have to say on this, as I’m still getting my head around it all at the minute. I’m actually thinking of doing an interview on this blog with a top futsal coach about what English football can learn from futsal. So add a comment below, and help a footballer with his brain in his feet get a deeper understanding of the game he loves.