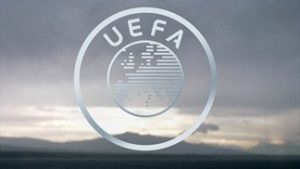 Elite football coaches and players, including Arsène Wenger, Lionel Messi, Cristiano Ronaldo and Andrés Iniesta, have stated that practising futsal at a young age fast-tracks the development of football-related skills. Indeed, the high-intensity nature of futsal, which is played on a hard surface with a ball that has less bounce than a regular football, might promote the acquisition of finer technical skills and quicker decision making skills, which are then transferable to football. However, there is a lack of evidence supporting this.
The objectives of the study, therefore, were to compare passing performance in football and futsal, and then to investigate the transfer of passing skills from futsal to football. In simple TRANSFER OF SKILLS FROM FUTSAL TO FOOTBALL IN YOUTH PLAYERS In order to give readers a taste of the work supported by the UEFA Research Grant Programme, UEFA Direct has been showcasing research projects funded by the 2015/16 programme.
This month, Luca Oppici presents details of his study, which compared passing performance in football and futsal. terms: are the game’s demands and the passing performance similar in football and futsal? In addition, is the performance of futsal players superior to that of football players when playing football? A total of 48 elite male youth players (24 football players and 24 futsal players, aged 13 to 15 years old) played six-a-side football and futsal games, lasting five minutes each, on scaled-down pitches. Decision-making and technical skills associated with passing performance were evaluated. Furthermore, the players wore special goggles that assessed where they were looking when passing the ball, to examine the processes underpinning their decisions. Game and performance related variables were analysed and compared between the groups.
UEFA Luca Oppici is a PhD student at the Institute of Sport, Exercise and Active Living (ISEAL) at Victoria University, in Melbourne, Australia. ISEAL is a research institute that is internationally renowned for outstanding research in high performance in sport, exercise science and active living. Luca’s research spans skill acquisition in sport, motor learning and development, and sports expertise.
Results of the investigation The main statistically significant findings can be summarised as follows:
1. Football-futsal comparison: the technical game demands were higher in futsal than football, as more passes a minute were performed, under higher opponent pressure and with less time for the execution. As a result, futsal players were quicker in executing passes, focusing their attention more on making decisions than controlling the ball compared with football players.
2. 2. Transfer of skills from futsal to football: in the football games, futsal players performed at higher technical intensity (23% more passes a minute), executing passes that were quicker (by half a second) and more accurate (by 18%) than football players. Very small differences were found in the gaze behaviour, with the futsal players generally focusing more on making decisions than controlling the ball.
In conclusion, the study showed that futsal had higher demands on passing performance than football. Consequently, futsal players developed quicker technical and decision-making abilities to cope with these increased demands. When futsal players then played small-sided football games, they were able to transfer the technical intensity of futsal and their quick and accurate passing ability. This study, therefore, suggests that futsal could be an effective training stimulus for developing quicker technical and decision-making skills in youth football players.