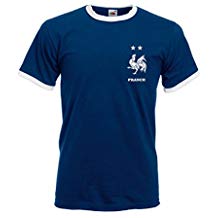 The mood has changed from the heady days before we first played Belgium. Will we ever know if we ever deliberately lost that game? Should we have ever got so ecstatic in the first place? Look at the opposition, Tunisia; has anyone visiting Tunisia seen a football pitch? There must be some. Finally Panama, just ten million people.

Belgium the only team in the group with a couple genuine world class players won the group and was rewarded with a tough draw to the final. England by comparison had avoided the big guns by finishing second. Not sure seeding is supposed to work this way.

Last 16. We beat Columbia, the only team in the tournament with every player playing outside its national borders. But with a 49 million population, not a small populated country. England is 55 million.

Quarter Finals and we see off Sweden, nothing like the Sweden of past glories. Sweden has better World Cup and Olympic history than our own, so had history on their side. Here might be a clue to why England under achieve at World Cups. We get knocked out and its four years to rectify the loss, Sweden and the rest of the world have the Olympic Games to look forward too. Their FA’s are working on a two year cycle unlike England’s four year cycle.

Quiz question, which English manager lead them to World and Olympic success? 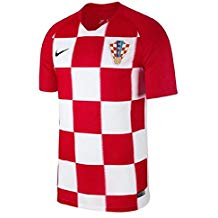 Semis, beyond our dreams, our 55 million are playing the rocky mountainous Croatian – habited by just 4 million people. We lose in extra time. As a coach your first instinct has to be why can 4 million people produce several world class players and 55 million not one? Baring in mind the 55 million has probably the most well organised coaching operation in the universe. Academies, Schools of excellence, Charter Standard clubs, UEFA coaching badges, money in the bank, England has everything in place, so why do we fail to produce World class players? Croatia has none of our luxuries but they create World class footballers!

Finding information about Grassroots football in Croatia is unreliable unless you are Croatian with local knowledge. The internet is patchy with information. What I do know is that their top league averaged three and a half thousand spectators per game, less than Grimsby Town. The population is dropping annually as young people move to Germany and Italy; deaths are greater than births by a considerable margin. Could the answer to their success be in the other sports they are great at? Olympic silver medallist at basket ball, world champions at water polo, up there with the best at futsal, handball and volley ball. They are competitive in sports we fail to qualifying to at Olympic Games. Small sided sports that demand energy, commitment, fast thinking etc. Whilst our young players are sharing a ball between 22 on a full size pitch they are playing both futsal and 7 vs.7 on a futsal court to age 18. We are one trick ponies, travel to any country on the continent with an English junior team and your guests are likely to ask if you want to play them at basketball. They change sports with ease; we decline to play them because most of us don’t know the basics of basket ball or the laws.

I spend some time this morning with an English coach who has just returned to Grimsby after six years in France. I asked him how a younger French team could be so much better than England. His answer was ‘in France they coach to create great players, not to win the next match or competition. One in six coaching sessions at his club was without the ball. Time would be spent on individual positioning within tactics.

My own conclusion, football, football and more football is not the way to develop players. The 2018 UEFA study showed elite futsal trained futsal players was better at football than elite players trained only to play football.

Add in handball, basketball, volleyball etc and you will have even more dynamic players. Not sure, watch Croatia and France play.