This year’s FA People’s Cup, a nationwide five-a-side competition run in partnership with 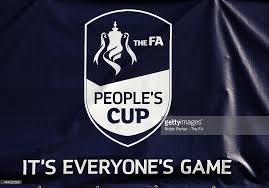 BBC Get Inspired, launches today – bigger, better and with a call-out to teams across the country to get signed up.

The competition is free to enter and open to both males and females who simply love playing football. There are 16 categories ranging from under-14s through to veterans (over-35s) include walking football and disability categories.

Players can register as part of an established team or as an individual who can join ‘wild card’ teams that are formed prior to the tournament starting. Once registrations are completed the competition will take place over three rounds: the first round, the semi-finals and the finals.

The competition is now in its third full season, beginning in 2015 with 30,000 people taking part in its first year. Last year, it returned with more than 35,000 players entering from over 4,000 teams across the country. A closely fought finals day was held in Sheffield and the eventual winners from each category were invited to attend the Emirates FA Cup Final at Wembley Stadium connected by EE.

This year, it is hoped more players than ever sign up for a very real opportunity of tasting cup glory. The cup run starts on Friday 24 February through to Sunday 26 February 2017 – so make sure you’ve got your name on the teamsheet.