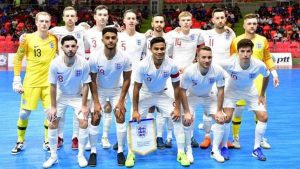 England’s Futsal lions took on the challenge of the PTT Thailand 5 Futsal Tournament this week, facing the host nation, Uzbekistan and Malaysia.

The yearly prestigious tournament has been won previously by top Futsal nations such as Brazil and Argentina and Mike Skubala’s squad put in a credible performance by picking up a win, draw and defeat from their three games.

The Lions flew out knowing they would play Thailand in their first game and with the home side being ranked 17th in the world and a Futsal World Cup team, Skubala knew it was going to a big challenge.