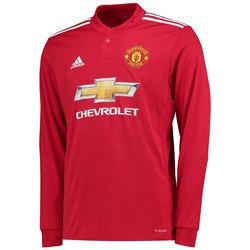 The FA Futsal Super League is 10 years old and has recently become a national league, with 12 teams competing for a place in the UEFA Futsal Champions League, which for the first time next season will have the same branding as the famous UEFA Champions League.

The squad will be based at Carrington in the club’s indoor sports hall and play matches at Manchester Arena, that holds 21,000.

Announcing the move, Ed Woodward said: “We are pleased to announce that the club intends to establish its first ever futsal team and has submitted an application to enter the FA Futsal League.

“The league committee has provided excellent support through the process and we believe that launching a futsal team underlines our commitment to growing the Manchester United brand to other areas, just as we have shown by entering a team in the WSL2.”

Asked whether the team would be professional, Woodward confirmed that it was a possibility.

“We are still in talks with a sponsor to be able to commit to a full professional side, but the likelihood is yes,” said Woodward.

“The recruitment process will begin immediately and we have already identified the management team.”

You can follow @manutdfutsal on twitter to be kept up to date with developments of the Manchester United futsal team over the coming months.