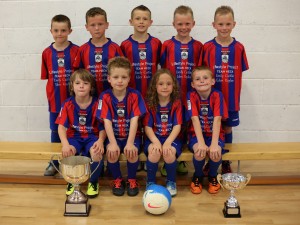 We chose the Tournament to test and stretch the squad further, ensuring that the boys experience a new venue, sights and sounds along with new teams to continue with there growth in there important Golden Age of Development Years.

Both Immingham squads showed great spirit, tricks and skills competing with the best technical teams of there age around. If you want to be the best at Futsal, you have too play the best – and Immingham played the best alright.

Every player at the end of the tournament was red faced, with fuel tanks on empty admitting the games were the hardest they had played at Futsal. They all gave it there everything, and when asked did they enjoy themselves, the Coaches and parents received a resounding YES!

That was the best result of the day. Roll on the Futsal Season.

NB: If you live in Immingham area and want to know more about junior futsal in the area I have mark’s contact details.