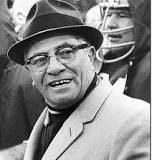 Coaches who can outline plays on a black board are a dime a dozen. The ones who win get inside their player and motivate.
Vince Lambardi

The England senior team have made significant strides over recent seasons, climbing from 127th in the world in 2007 to a much more respectable 57th.

In order to maintain that progress, The FA has sought to ease a player’s transition from the grassroots game into the elite level, by expanding its development squad to an Under-23s side with an Under-19s side feeding into it.