My personal opinion is yes, but it needs fresh blood to organise find funding and train team. Much as I would love to commit time to the project it would be dishonest and wrong to imply I have the time to manage the team forward.

Since we last played the standard of play at the top level has moved up a notch, could we challenge, definitely. FC Grimsby would have a youth base that was none existent when FC Grimsby played National League.

Each game was a challenge, not just because of lack of a local home venue, Hull and Sheffield was our home games, but to play top teams is a real buzz, demands top quality players with attitude to match.

Recently two experienced futsal players have approached me individually they want the team to start playing again, what’s your opinion?  What management role could you offer? Would you want to play in FA National League with all its commitments? 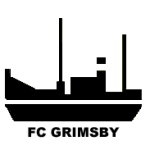