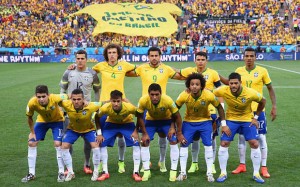 The Professional Footballers’ Association has questioned whether players in English academies show the commitment levels of their Brazilian counterparts. The PFA, which sent a group of coaches to Brazil to study their youth-development methods, has now published a report which also highlights the importance of futsal.

“It gives us an opportunity to look at ourselves and see what we might to do to find our own fountain of hope for the future,” said Gordon Taylor, the chief executive of the PFA whose coaches visited Flamengo, Fluminense, Palmeiras, Santos and Vasco Da  Gama before compiling the 68-page report.

The PFA highlighted “the phenomenon of 14-year-old trainees getting up at 6am to travel 50 miles to undertake a day that would tax an adult shines a critical light on English football. Could our scholars match that level of endeavour? It’s a humbling thought.

“Until relatively recently, football was the only escape for Brazil’s vast under-class and much of the incredible level of commitment the PFA coaches witnessed in training and playing – and even in simply getting to training grounds in the first place – clearly stemmed from this source.

“Again and again, boys from poor backgrounds were reminded of the price of failure: make it as a player or return to poverty – and without exception, every young player that the coaches saw at the five clubs demonstrated an extraordinary degree of commitment. It is football or bust and the huge number of boys who go into the Brazilian clubs’ development squads accept this deal.”

As one of the coaches, Andy Barlow, said: “The favelas are used not only to recruit players but to remind a club’s players where they might go back to if they failed to make the grade.’’ The dedication was huge. Brian Borrows said: “The day for a young player up to the age of 14 can last as long as nine hours.”

Phil Church said: “Sessions were much longer than we were used to.” Mike Cook added: “If a player failed to do his schoolwork he would lose his place in the side.’’

“The distances players have to travel are incredible,’’ Geoff Lomax said. “Some youth sides regularly travel up to six hours to a game.”

Paul Davis appreciated the significance of futsal in shaping the skills of the likes of Neymar and Oscar. “Up to the age of 12 it was the norm for futsal to be used to develop technique,’’ the former Arsenal player said.

Iffy Onuora praised the technical quality he saw on their study visit, saying: “Brazilian ball mastery was as evident in their training sessions as in their games. It is embedded in their nature.”

Players had to take responsibility of situations during games.

“All of our coaches were struck by the way players were left to solve problems on their own during training sessions,’’ the PFA said.

“Intervention is minimal. The Brazilian belief is that a player is not a player unless he can solve his own problems and this alone produces an entirely different type of footballer and mentality.”

Darren Moore commented that “the coaches rarely intervened in sessions unless it was to give praise”.

Although Brazil’s World Cup ended in embarrassment and that 7-1 semi-final thumping by Germany in Belo Horizonte, the PFA found that some local coaches had feared it might happen and were working to mix Brazilian skill with more tactical discipline.

“Some Brazilian coaches were not unduly surprised by the Germany defeat,’’ the PFA concluded. “Two coaches the PFA met – Marcel Giannecchini at Fluminense and Sandro Orlandelli at Santos – are carefully merging the best of Brazilian and European practices with a view to producing the ultimate footballing blend and other Brazilian coaches are thinking along similar lines.”