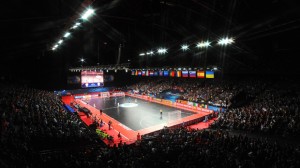 And whilst the Three Lions will be buoyed by their increasing success over the past few years on the international Futsal scene, the squad are aware that qualification to the Main Round of the Euros next week is anything but assured.
England may have climbed 23 places in the World Futsal Rankings during 2014, the biggest rise of any nation, but they still lie seven places behind Latvia, arguably their main rivals for superiority in Group E in Malta.
As well as Latvia, England will also face Andorra and Malta, with only the top team guaranteed to progress to the next round.