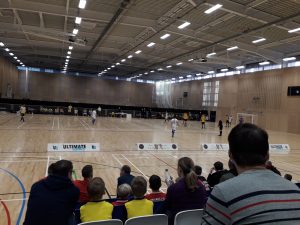 Oddest of games, Warriors opened up a 2-0 lead only for Hull to go in 3-2 a head at break. Warriors was poor first half and Hull maybe went in complacent and resting on the laurels of their comeback.

Second half Warriors dominated, went five goals ahead and then went off boil and was struggling to see game out. With one minute forty left on clock Hull was within a goal of levelling. Cool heads was needed and a game plan; not to be Warriors scored two late goals to deny Hull what would have been a remarkable comeback.

New Hull University sports hall has it all; three courts; goals that can be elevated high onto walls at a touch of a button. Grimsby has nothing to compare. 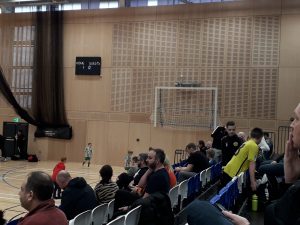 Goals that elevate to wall