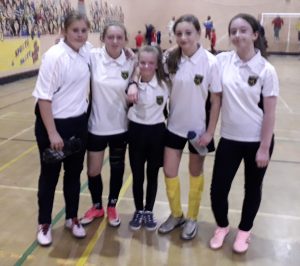 My first chance to see Wybers Girls play; and they did not disappoint. They may have lost their friendly vs. Haverstoe 7-3, but signs was there that they will not be a pushover team now they have joined league proper. In fact, in this game, couple boy’s was the ‘pushovers’ when girls disposed them of the ball with unexpected, but fair, force.

I have to mention a Haverstoe goal scored from a passing move that would have received praise if it had been scored in an FA Super League game. It was that good.

Also praise for team managers who managed their teams with minimum vocal instruction but with maximum effect.   🙂