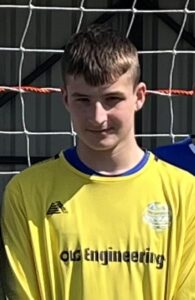 Healing United go to the top of the Ladder sending Corinthians crashing down; Jets draw keeps them in second place; whilst Discoveries Town Reds shoot from bottom to third place. Seven Seas Futsala find themselves demoted 5 places to the bottom of the Ladder!

A tight first half; GCW created most chances put failed to capitalise. The score was 1-0 to GCW at the break.

Second Half GSC upped their game, passed the ball quicker and looked more like the GSC of old. This was reflected in the final score.

Man of the match and performance of the night was Blues keeper. Outstanding, making series of top saves and then was creative with his distribution.

Newcomers Reds went up a level on previous performances, dominating the experienced Seas Futsala lads to lead 4-1 at half time.

This extended to 5-1 at which point Seas hit a golden patch to bring game back to 5-4. Unfortunately the golden patch came to late to rescue the match.

What a match, the game looked over at half time with Seas 5-1 in front and dominating the game.

The second half continued along the same lines until Healing suddenly found a line of communication and a string of great passes that transformed the team.

For the Healing parents 75% frustration 25% drama.

Two weeks on trot Jets have drawn from seemingly having had game won early, challenge is to finish off these great starts. 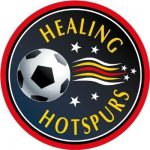 This was an excellent game in so many ways. Due to a late illness Corinthians only had 4 players. The only tactic available is to play a triangle in front of the keeper and feed of any rare attacking opportunities. For those new to futsal the triangle has to be 2 players in front and 1 behind, if you put the 1 in front he uses to much energy chasing lost causes. The keeper also has to become more pro active acting as both a keeper and a defensive sweeper.

This was a huge challenge for Corinthians as Healing had powerful players testing the 4’s ability to organise a defence.

This was one of those matches when a team loses but wins because they achieved in keeping the score low.

Second half Healing sportingly relaxed the back pass to the keeper law to help the Corinthians lads.