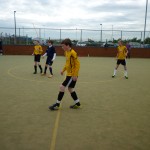 I am in the process of changing fixture organisation to an online system which long term will be faster and allow me to add results without being at my desk.  Getting used to using the system whilst half the leagues are on the old system is challenging.

Stand out results and stories to date are: 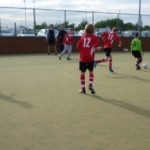 Year 8/9 Play Off Group A – Clee Metals setting the pace whilst Ormiston sit at the bottom with no points from 2 matches. The other 4 teams share 3 points apiece. 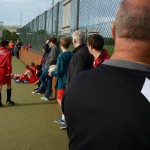 Group B , which includes the teams that finished in the lower half of the league is to early to make comparisons, that said Holten Le Clay have played 2 and taken a point of experienced Scartho (Scartho salvaged game in dying minutes), and had a 5-1 over New Waltham.

Group A Play OFF in the Intermediate league could not be more even with each team played 2 and on 3 points with virtually the same goal difference.

Group B is finished with Clee Town Fives on top followed by Havelock FC, All Stars and Grimsby Swans. Swans gaining their first point ever in a 6-6 draw with All Stars.  Standard of B Group has been impressive, aided by the ‘Dying Swans’ making a remarkable recovery, watch this space.

The YEAR 10/11 LEAGUE has been a long hard slog over 20 matches. Titans are in driving seat with only Humberston in a position to beat them to the title.  Both teams have to meet and both teams have games left vs. FC United presently placed fourth!