Franklin back on top of Premier League 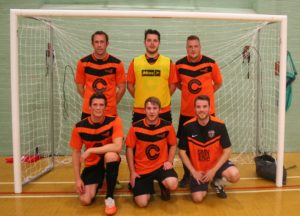 Standard has once again been superb, even bottom two teams can put in a performance.

Franklin and Me2 are consistently well oiled tactically; they come with a plan and to a man stick to it. A two or three goal deficit and they will still play way they always have.

How good are our teams? Not being in the FA National League it’s hard to measure. That said I watched a National league game recently and both our top sides would have given Bolton or Sheffield a run for their money. Would a Grimsby Select 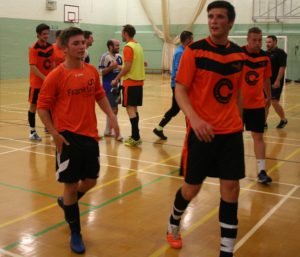 team done even better, difficult to say, it takes months, not two training sessions to become a unit.

Diamonds have taken league place of AJ’s Barmy Army, new team will be organised both on and off the court, a young strong squad of players with many games under their belt, watch this space.

Two more teams plan to join us, one sooner than the other due to other league commitments.