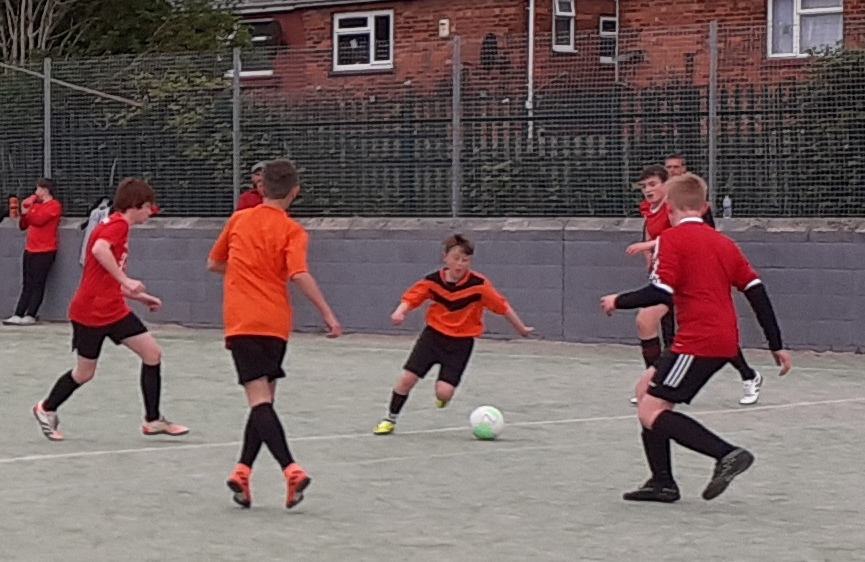 Tuesday was an exemplary night of coaching, every match an individual coach had matters to deal and every coach dealt with them superbly.

First half Healing conceded 2 goals from 10 meter free shots awarded for 4 and above direct fouls against a team in a half.  One specific player had a problem coming in to fast and into the back of his opponent.

After the half time team talk Healing conceded no fouls and won the second half against opposition that are in great form.

Early in the game Keelby was 4-0 up and Healing had an extra player due to the ‘power play’ rule.

Keelby had to navigate a new problem, how to play three quarters of the match 5 vs. 6.

Again credit to the coaches who both achieved their half time team talk goals; Healing drew second half and Keelby upped their game to meet the extra opposition player challenge.

Jets were consistently solid throughout the match, always asking questions of the Celtic defence.

Coaching credit in this game is particularly focused on the Keelby team who have players building their way into football and futsal. I have a lot of time for the coaches who work with the players at their disposal rather than achieving false glories by continually signing better players.

Third games on the trot were the losing team improved the deficit they lost by in the second half.

When two teams who know each other through football and futsal play each other, how will they perform?

Seas players have improved beyond recognition from players I first refereed some two years past.

This game was top class from first to last minute.  Again thanks to top class coaching and management I got to referee a match that was a pleasure to observe.

Top of the table reads:

Three teams fighting for second place.  Can Jets recover from their LLL blip?