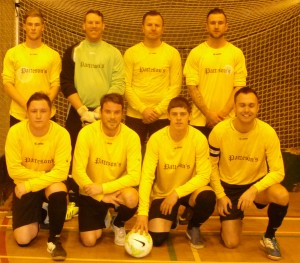 After an arduous qualifying procedure which started off by team winning the Grimsby Futsal League, difficult task in itself, the team then had to travel to Leeds for a North East of England qualifying tournament. Amazingly Franklin finished runners up of twelve teams, beating FA National League top guns Middlesbrough in process.

Next was another group of four, all qualifiers from their Regional Qualifying tournament. The group comprised Nottingham University; Four Star (Luton) and Salisbury Futsal Club.  This group proved a step to far for Franklin finishing third with six points. Salisbury at home, home being Hull as Grimsby has no indoor facilities acceptable to the FA, was key game. Franklin had gambled that important players should play that game knowing same players could not make all games due to work commitments. The plan back fired as Salisbury, who Franklin lost to away, but came very close to beating, was a much improved team for second game winning 10-6.

A terrific game to watch, a match Salisbury was never behind in, Franklin created chances but at expense of being open to counter attack, a flaw Salisbury took full advantage off. 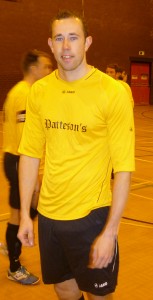 Grimsby futsal needs a purpose built facility for our top teams to train and most importantly, give team home advantage. I am aware plans are drawn for such a venue, but from drawing to building can be a prolonged process as GTFC knows to well.  Watch this space.

This year’s tournament illustrated the growth of English futsal, ten years ago the Cup was an invite only competition, I took three Grimsby teams and I refereed along with Danny Hornigold who was aged sixteen at time. Now hundreds of team enter.