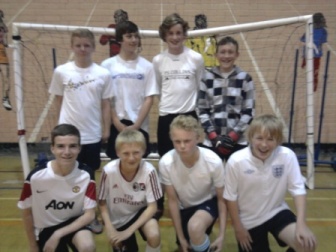 Match Report:
The 1st game of the night saw AFC Barrett’s take on YMCA Futsal, The game
started well with both teams scoring early on, Barrett’s dominated 2nd half
with a late goal, YMCA’s Tom Savage picking up an unfortunate yellow card.

Match Report:
2nd fixture was humberston who was aching to play watching from the sidelines,
YMCA already warmed up welcomed the big guns to an inviting match, Humberston
dominated throughout with wonder goals from ‘Sam’ and ‘George’. These two could
walk into any adult futsal league at the standard they are at. YMCA’s ‘Jordan
Collins’ subject to a yellow card for diving in, Frustration and exhaustion two
key factors.

Match report:
Game of the night was Norban tigers Vs Tollbar, End to end stuff from start to
finish, Tollbar pushed for most of the match, Tigers sat back & invited the
pressure only to find the opportunity to catch tollbar on the break,
Norbon scored the winner in the last minute to secure a well deserved win.

Match report:
This junior game was played at 2nd avenue, & the players seamed to adapt
well to the outdoor & much bigger venue than their counterpart that they
are used to at the YMCA, Havelock Fc the more experienced of the two teams
eased themselves into the match netting early on, Watford who have never played
futsal before seamed like they knew what they was doing, Only caught out
of position was the flaws they had, otherwise a good 1st game.

Match Report:
Game of the night Saw Pelham take on the in form GRS who welcomed back
front man ‘Chizy’ recently healing a broken toe & Lose ‘John Jo’ With
a similar injury. Full squad Pelham Found substitutions delicate at times
trying to find the correct balance and keeping players happy is always
difficult. The game started well with both teams keeping the ball very
well, Both teams front men GRS’s ‘Chizzy’ and Pelhams ‘Bushell’ utilised
to devastating effect. The game went down to the final whistle with only one
goal in it.

Match Report:
Franklin welcomed Scartho in this one, Franklins talisman Sam ‘Brooksy’ Brooks
seamed to have the midfield locked down, Scartho had spells of brilliance with
Keeper ‘Dale’ keeping them in the game for the majority of the game making save
after save, His efforts did not reflect the true score of the game.

Match report:
El Dogoes welcome back the cooper brothers who have been missing on previous
games, Mark cooper finding form early in scoring a 1st half hat trick followed
by 2 more in 2nd, YMCA’s reaction was to press hard & go for broke, Netting
twice as a result gives them credit that they aren’t afraid of taking risks,
Unfortunately for them it cost them the game. 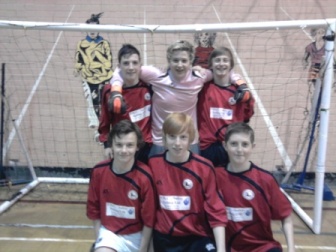 Match Report:
FC United took on YMCA in this one, With both teams wanting the win from the
1st whistle. FC Uniteds ‘Tinny’ was to much for YMCA who couldn’t be contained,
YMCA’s only consolation was ‘Alex Loughborough who scored an amazing individual
effort goal, literally dancing around the humberston defence before wrong
footing the keeper.

Match Report:
Tollbar lose in the last minute against a warmed up otherwise exhausted YMCA playing
back to back games showing they can play when they have to, Credit to tollbar
who pushed on relentlessly.

The game looked even at 1st glance with AFC Barrett’s fielding a strong 5
players, Titans had different ideas & pulled AFC apart goal by goal, Titans
‘Max Wright’ MOTM, Even though he is possibly the smallest futsal player ever,
He has the strongest heart & passion for the game.