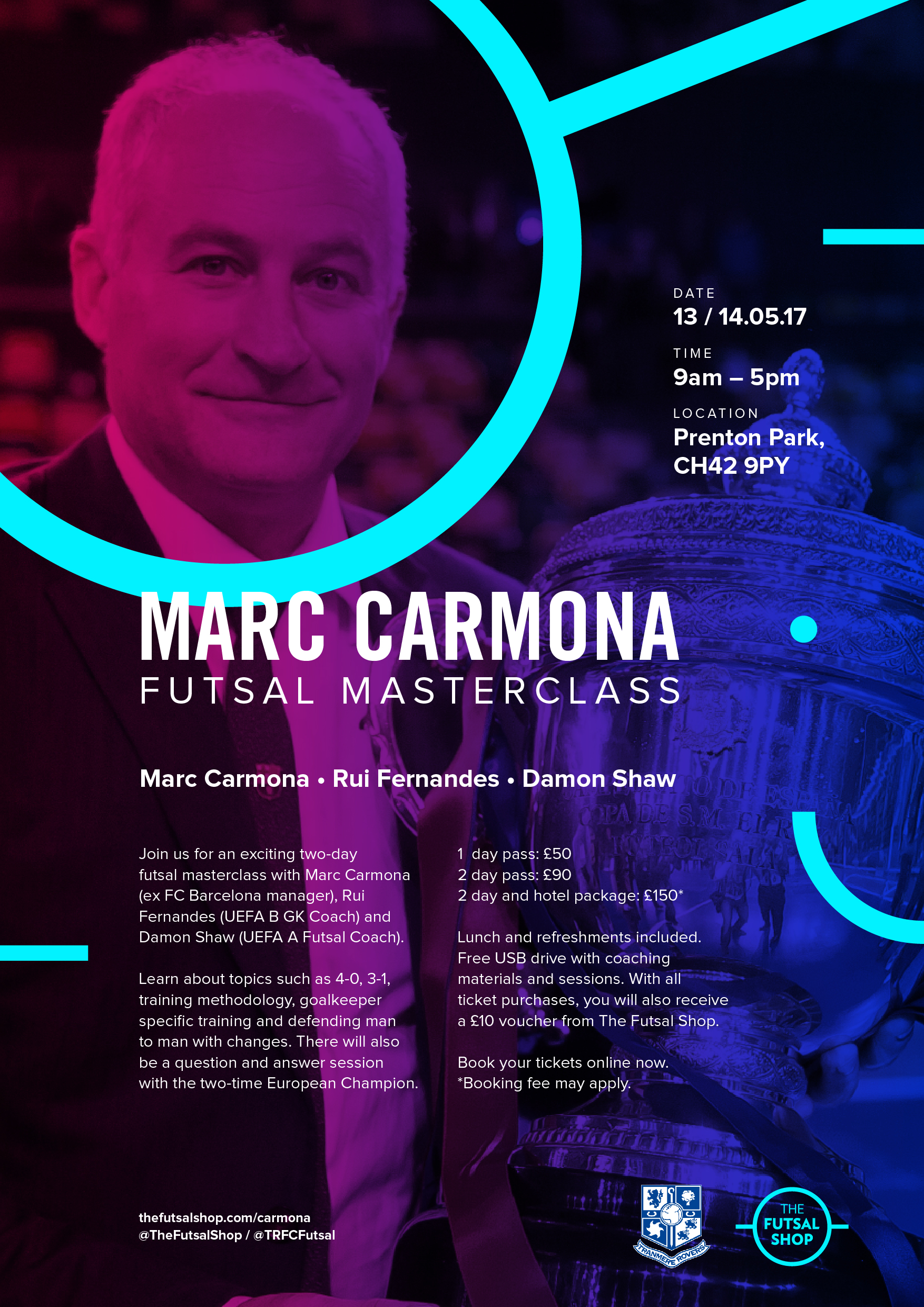 Carmona is one of Europe’s top coaches, having won the UEFA Champions’ League twice in four years, finishing runners-up and 3rd place in the other two years.

He made FC Barcelona into the leaders in World futsal, winning three consecutive domestic trebles before handing the reigns to current manager Andreu Plaza.

Carmona still works at FC Barcelona in the new “La Masia 360” project, which was launched this season and aims to give all academy players, not just those living in La Masia, the support and training that FC Barcelona is famous for.

Carmona will deliver on subjects such as methodology and planning relevant to your club and situation, developing a winning team, tactics and with the floor open for coaches to submit questions in advance.

There will be a limited number of places available at a cost of £90 for the two days which includes the coaching workshop plus food and drink at lunch time. Day passes are also available for £50.

Carmona will be supported by experienced goalkeeper coach, Rui Fernandes and the only British UEFA A futsal coach and manager of Tranmere Rovers, Damon Shaw.

Damon Shaw said, “It’s an absolute pleasure to be bringing two coaches and friends to Tranmere Rovers. Both Marc and Rui have had a massive influence on my career over the last ten years and I want to pass on the opportunities and experiences I’ve had by holding this Masterclass.

“English futsal needs more events like this and to get one of the best coaches in the world to come to help us develop coaches represents a fantastic opportunity for anybody with the futsal bug.”

Tickets are available from www.tranmererovers.co.uk/futsal and www.thefutsalshop.com/carmona. Book yours now to avoid disappointment!