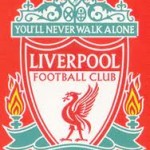 What do they all have in common?- They all played Futsal.

For those of you that don’t know, Futsal is a 5-a-side game played with a slightly smaller ball, and usually indoors.

I think LFC should definitely make it mandatory to play Futsal from at least ages 7-10. I personally think that it’s a great game, and that it will help to get the young players thinking faster and developing a first touch from a very young age. Futsal at any age is played at a really high intensity and every player gets involved.

Here is why I think that it would help develop our young players, and take the academy to the next level:

1. Get’s the youngsters more used to having the ball at their feet- This is extremely important in a system with  an emphasis on possesion.

2. Passing- In a pass and move system, the passing is obviously key. In Futsal, the ball is constantly switching between players.

3. Movement- The movement of Futsal players is excellent, due to the lack of space and the rate of passes.

4. Pressing- Slide tackles are hardly seen in Futsal, and the main way to win back the ball is by pressing. This is also extremely important in our system by putting pressure on the opponent’s passes.

5. Vision and quick thinking- In Futsal, you often see people seemingly over hit passes, but if you watch more closely, they are passing into space expecting someone else to be there, almost predicting the movement of another player. I’ve also seen this with Coutinho, he often seems to overhit a pass, but that is actually because he’s expecting a player to be at the end of his pass, and there’s always a player who runs in a couple of seconds behind.

6. Close control- This is one of the best things about South American players, the flair and the close control. (I didn’t include Luis Suarez as I’m not sure if he did play Futsal, although he probably did because Uruguay invented the sport.) In Futsal, Suarez-esque runs are common, and players learn how to turn and control the ball in tight spaces.

7. Improved ‘keepers- Some of the best ‘keepers in the world have played Futsal in their career, this gets them used to playing with the ball at their feet and dealing with pressure from attacking players.

Those are my reasons for introducing Futsal to the academy. Let me know what you think.