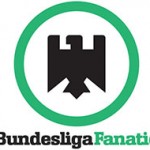 Germany’s new generation of young technically gifted and capable players did not just spring out of the ground. A decade long nationally planned and institutionalized development program is behind the burgeoning pool of talent in German football. Part of that development included a focus on futsal, emphasizing ball skills, quick passing and precision.

U-21 Germany captain and Schalke midfielder Lewis Holtby knows the importance of futsal full well and after recently returning from an ankle injury sat down with dfb.de to discuss that importance and his participation in the DFB Futsal Cup, a competition that started in 2006 and rapidly grown in popularity. You can find the original article on dfb.de here.

DFB.de: Lewis, how come you’re such a Futsal fan?
Lewis Holtby: Because with Futsal, you never cease to learn new things, especially as a young player. I grew up in Erkelenz, playing youth football for Sparta Gerderath and Borussia Mönchengladbach. In the winter months, we used to play a lot of Futsal.

DFB.de: And where does it differ from the indoor football of old?
Holtby: For one thing, the ball is a little heavier and has less bounce, allowing for more fluent passing and combinations that lead to more goal-scoring opportunities. Another difference is you have proper sidelines, no walls or boards, which greatly reduces the chance factor of the game. All this works wonders for younger players’ ball control.

DFB.de: Now that you’re captain of the German U21 team and a Schalke 04 regular, would you say that Futsal has played a major role in your career?
Holtby: ”Major” would perhaps be stretching it a bit. The ones I’ve got to thank for most are my coaches – Markus Högner, Jörg Schmadtke, who had no trouble throwing me in at the deep end in 2007 to play for Alemannia Aachen in Bundesliga 2, not to forget Thomas Tuchel at FSV Mainz 05. But if you’re looking for a really good method to teach you skills and technique, Futsal is the game to play. Unsurprisingly, it’s a Brazilian invention – Futebol de Salão, hence the name.

DFB.de: And where do the German teams fit in?
Holtby: Obviously, Futsal has a much longer tradition in Spain, South America, or Russia, so we Germans have a lot of catching up to do. But I’m sure that the DFB Futsal Cup in Lübeck will show that we’re on the right track, and that all of the spectators are going to have a great time. I’ll definitely keep my fingers crossed for the participating teams.