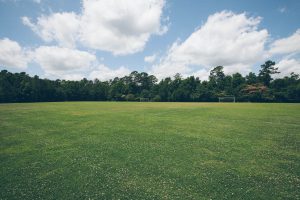 Where is English football heading? Government statistics tell us football and other team sports have lost 10% of participants each of last two seasons. In fact every sport has fewer participants than two years ago.

Sport England spend their money wisely to win Olympic medals, to them the total is most important, which explains why the ladies Great Britain hockey team are the only team sport to get sponsorship funding.

What are these people doing if they are giving up on traditional sports? Data shows they have moved to fitness gyms. Understandable, they are open twenty fours a day, they are mostly warm and clean, and you can participate and meet people on your own. A win win situation.

Should we be worried about these figures? Certainly if you want to watch a Premiership match that includes English players. The Grimsby Telegraph reports that a declining 30% of team spaces, so far this season, have been occupied by English players. Burnley; Bournemouth and Everton the only teams hitting the 50% mark. All three have recently dropped to nearer the 30% mark. At the season end 70% of Premiership wages and transfer fees could be leaving England for foreign lands. Not the success the Premier League was designed to achieve when it was conceived.

Wall to wall TV. coverage, less and less participation, where are we going? What is the destination?