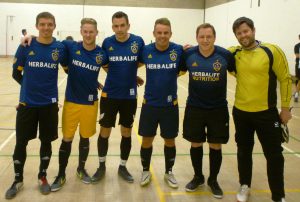 Can you win and lose at same time?

Wednesday my Corinthians team, they play in the Wednesday Senior League, was culled of players due to illness and half term school holiday, my school teacher player need a sunny sabbatical.

Call after call and with kick off closing in I managed a team, even luxury of a substitute. Not a team that could beat Me2, a team that are in devastating form, a team that have played as a unit for ten years. Marshalled by Benji, a Belgium player who owns the ball when he’s on court, surrounded by team mates that have mastered the art of defence. Me2 hate conceding a goal more than they enjoy scoring a goal. 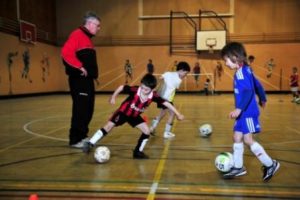 MY rag tag team can’t contest such opposition; but what we could do is set a target that we considered achievable. In this case I decided keeping Me2 below ten scored and maybe a couple scored by Corinthians was an achievable target.

The long term goal for Corinthians is to catch Me2; Franklin; Payzone and Bradley. For now that defeat was a step in that direction.

I am I right or should I accept every defeat as a kick in the teeth and lose sleep over it?