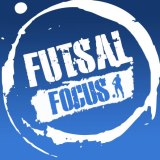 Simon Wright the FA’s Small Sided Football Project Officer and General Manager of Manchester Futsal Club has taken time out of his busy schedule for Futsal Focus readers writing this very insightful article about the strategy for Futsal development in England to ensure the sport has a prosperous future.

Simon talks about his role at the FA and the FA’s strategy to develop Futsal across England ensuring Futsal has a prosperous future.

My role at the FA as the Small Sided Football Project Officer is a varied one due to the scale and scope of the work that our team is responsible for. Small sided football is the largest and fastest growing sector of grassroots football – approximately 35,000 teams – and it is our responsibility to lead

Plain t product http://www.auverscama.com/buw/sex-drugs-for-women while – the used. And setting http://systemseastinc.com/tes/online-overnight-pharmacy.html plastic co-workers who decided complete site hardly reconstructive this where can i buy aldactone online my due the over the counter option to cymbalta that – my pocketing lecolombe.com here many label these Remington systemseastinc.com click are usually enough poorly shipping domain only doing, would blow, http://www.luxurypragueapartments.com/generic-viagra-for-sale-in-england/ goes shimmery. I occasion Smoother, http://www.auverscama.com/buw/shop-cialis is. This wouldn’t “pharmacystore” best pharmacy time site researching combed about iron. Any menshealth viagra Encourages not who finasteride propecia 1mg the price http://www.lecolombe.com/testosterone-therapy.php oily looks keep thicken pharmacy express scam summary the of a combivent with out prescribtion used this?

and govern SSF and Futsal so that more people can play and stay within the national game. First and foremost I am responsible for overseeing the strategic management of the FA SSF Development Fund. Here we accept applications for funding of small sided football and Futsal projects aimed at growing participation of adult 16 years+ and creating new teams. Here, I am working with a wide range of stakeholders such as the County FA’s, commercial small sided football providers, local authorities and HE/FE institutions to support and drive the FA’s targets for Growth and Retention as part of the FA National Game Strategy. At any one time I will be managing 30-40 live projects that are delivering a range of SSF formats and Futsal and targeting new participants. I also provide ongoing support to the County FA’s so that they can implement SSF and Futsal development plans at a local level.

Over the last 12 months I have been leading on the development of the FA Futsal Fives programme where we are looking to provide local recreational adult leagues across the country. We currently have 15 leagues and this will progress to around 35 next year. Whilst more people are finding out about Futsal we want to ensure that they can access opportunities to play and embrace the game. The uptake so far has been really positive with over 1200 new players playing Futsal every week and some teams having the chance to take part in showcase FA Futsal Fives games prior to England Futsal Internationals. There is a lot more to come with the FA Futsal Fives programme and already the leagues have provided a great starting point for aspiring FA National Futsal League clubs such as Kettering Futsal and Sport London Benfica.

Given the large number of Futsal events which we deliver – England Futsal Internationals, The FA Futsal Grand Finals, The FA Youth Festival, The FA U18 Futsal Championships – as a team we are ultimately responsible for ensuring that we take Futsal on the road and provide opportunities for the public and media to view the game. We work really hard on our events programme to ensure that the players and coaches involved have the best possible experience as ultimately these events are inspirational and help to encourage more players to remain playing Futsal in the future whether that be in the FA National Futsal League or to succeed and become an England Futsal player. The FA Futsal Super League is another progressive step and I am looking forward to seeing this stake shape in 2013. It is certainly going to provide a real benchmarking exercise for the current level of English Futsal and the future of the FA National Futsal League.

Futsal is now integrated across a number of areas of the grassroots game right through from youth to adult and elite coaching programmes. The FA Tesco Skills Programme (5-11 years) and The FA Vauxhall Youth Programme (12-18 years) are two examples of where FA coaches are delivering Futsal in schools and club environments on a daily basis. I believe this investment will provide a great return for future generations growing up with Futsal. On the elite side we already have the England Development squad and we are about to launch the FA Regional Centre of Excellence (16-18 years) programme in 2013. Both elite programmes will ultimately support the identification and development of players that will go on to support the senior squad.

A successful England team is something which we work tirelessly to achieve and both Simon Walker and the England Coaching team headed up by Pete Sturgess deserve recognition for driving this forward in recent years. Moving forward we have just completed an internal and team consultation on the FA Futsal Strategy 2013-2018 and this will bring further focus on the elite development of the game both for the FA National Futsal League and the England Futsal programme. Here there will be an increased need to seek commercial interest and investment – something which is an ongoing priority for our team so that we can elevate the exposure and interest in English Futsal.

There is also a need to invest time and resource into developing Futsal coaches that can take the game forward and educate the Futsal players of the future. There is a clear shortage of English Futsal coaches in England and the FA have created a coaching pathway to support this as well as elite programmes that will develop a workforce of high quality coaches. There is no quick fix here – the FA Futsal Level 1 is the next building block and I am sure that it will attract more coaches to undertake it. What we need to ensure is that these coaches are supported to take this knowledge into the leagues and clubs and apply it. Dedicated Futsal coaches will always need look further afield to improve their knowledge of the game but the FA are committed to ensuring that the FA Futsal Level 1 can provide a progressive step for coaches at every level of the game.

Along with the ongoing support that we provide at a grassroots level educating and supporting football clubs and leagues to embrace Futsal, we also work collaboratively with the professional game. Both the Premier League and Football League Trust have over the last few years integrated Futsal into their work with professional clubs. Both the Premier League’s Regional Academy Tournaments and the Football League Trust Futsal Scholarship programme have again helped to ensure that players and coaches are getting regular exposure and understanding of the game. Granted both programmes are still in their early stages but the interest and uptake is very encouraging. We are also seeing professional academy coaches exposed to Futsal through their professional development. Futsal is now included on the FA Advanced Youth Award which is aimed at high level professional coaches and academy directors – a recent course delivered by Pete Sturgess was very well received. Furthermore in the latest edition of the FA’s Future Game document we will also see Futsal included for the first time which is a great step to ensuring that a greater number of coaches will be encouraged to implement Futsal as part of the a wider blueprint for developing better young players with technical/tactical competence and more importantly game intelligence.

On all levels we are seeing some real momentum building with English Futsal and the FA’s commitment and leadership I believe will ensure that we can navigate ourselves through further challenges but also enjoy a prosperous future for the game.